skip to main | skip to sidebar

Introduction
Paul Jay is one of the pioneers of the dance scene in The Netherlands, organizing the first acid-house parties in 1987 and continuing with long influential DJ residencies in Amsterdam. Before, during and after this period he has been continually busy with many groundbreaking musical, artistic and promotion projects. He is currently producing and performing with a new Audio/Visual live performance act known as The Smoke Eaters. This brings the possibility of adding tightly sequenced visuals into the mix providing a true multi-media experience.

Briefly, here are some of the key events leading up to the present:

1983 / After graduating from Art-school- organised and started DJ'ing at one of the very first underground club-nights in the UK at the Sheffield "Hothouse". This was the time of the first wave of "synth bands" (Cabaret Voltaire, Human League etc) and Sheffield was the leading musical city in europe at the time. Paul was involved in this scene and the influence has remained with him throughout his career.
1985 / Moved to Brighton, UK. Was the first DJ to play at the famous Zap Club in the city.
1986/ Pioneered Jazz dance and Rare-groove DJ'ing with friend Graham B and DJ Russ Dewbury in Brighton and London.
1987 / Moved to Amsterdam and formed Soho Connection- DJ'ing and promoting funk and Jazz events across Holland.
1987 / Organised the first ever Acid House music party in The Netherlands (bringing London's Shoom club) at a huge warehouse weekender.
1987 / Became a well known figure as he brought the new sounds of House music to venues across Holland. Since then he has played as a guest and organized events in just about every major venue in Holland (including Roxy, Chemistry, Paradiso, Nighttown etc etc).
1988 / Was asked to DJ in Sweden (the first Dutch based House DJ to play abroad). Since then he has been asked to play in 28 different countries around the world. (eg, played the main-room at the famous 'Amnesia' club in Ibiza in June 2000 and toured Indonisia for two weeks in the same year and many more important events).
1989 / Formed the Fun Club and started two dance music radio shows (widely distributed tapes of which helped shape the early scene)
1990 / Opened the first clubwear and flyer shop in Amsterdam which doubled up as an office for the first Dutch club magazine, both called Wild!
1991 onwards / Started a famous Friday night residency at the Mazzo club in Amsterdam that lasted until 1996. During this period the concept of bringing international guest artists was established. A network of like-minded friends was established that continues to this day.
1995 / Asked to DJ before and after Underworld at the Lowland festival. This was repeated the next year. Also played with 808 State, Soul II Soul, and Leftfield at the Paradiso during this period.
1995 / One of the founders of the Dance Valley festival organization. The festival grew from the original 6,000 capacity event to the giant 60,000 world famous event it is today.
1996 / Started a residency at the Mekweg venue Amsterdam, first with the Electric Circus events followed by the popular HQ parties. In doing so helped bring the new underground minimal techno scene to Holland.
1997 / Asked to play at the prestigious dance tent at the Glastonbury festival in the UK (following on from Aphex Twin).
1997 -2000 / Continued to DJ, promote and travel around the world.
Began the long process of learning how to program and produce orginal music in the studio.

2001/ The first release (as Subsoundsystem) was released on the famous R&S records.

2003/ Played live gigs within Holland and for the second time at the Amsterdam Dance Event.

2004 - 2008 /
Moved over from turntables to playing music on a computer. Started to produce Audio/Visual material.

2007/ Formed The Smoke Eaters audio visual live project which is busy performing at clubs and festivals across the globe. Audiences in the Netherlands, Australia, UK, Ireland, Hungary, Romania, Poland, Spain and festivals such as Glastonbury, Sziget, Oxegen have all experienced the amazing live show.... 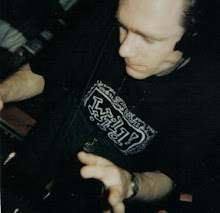 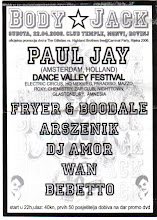 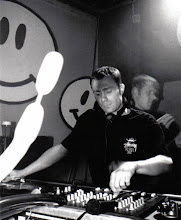 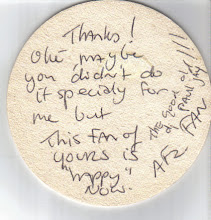 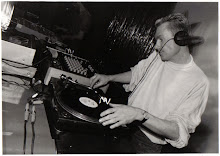 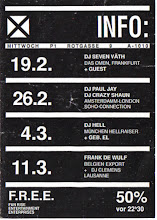